Menu
No products in the basket.
£0.00 Basket
Menu 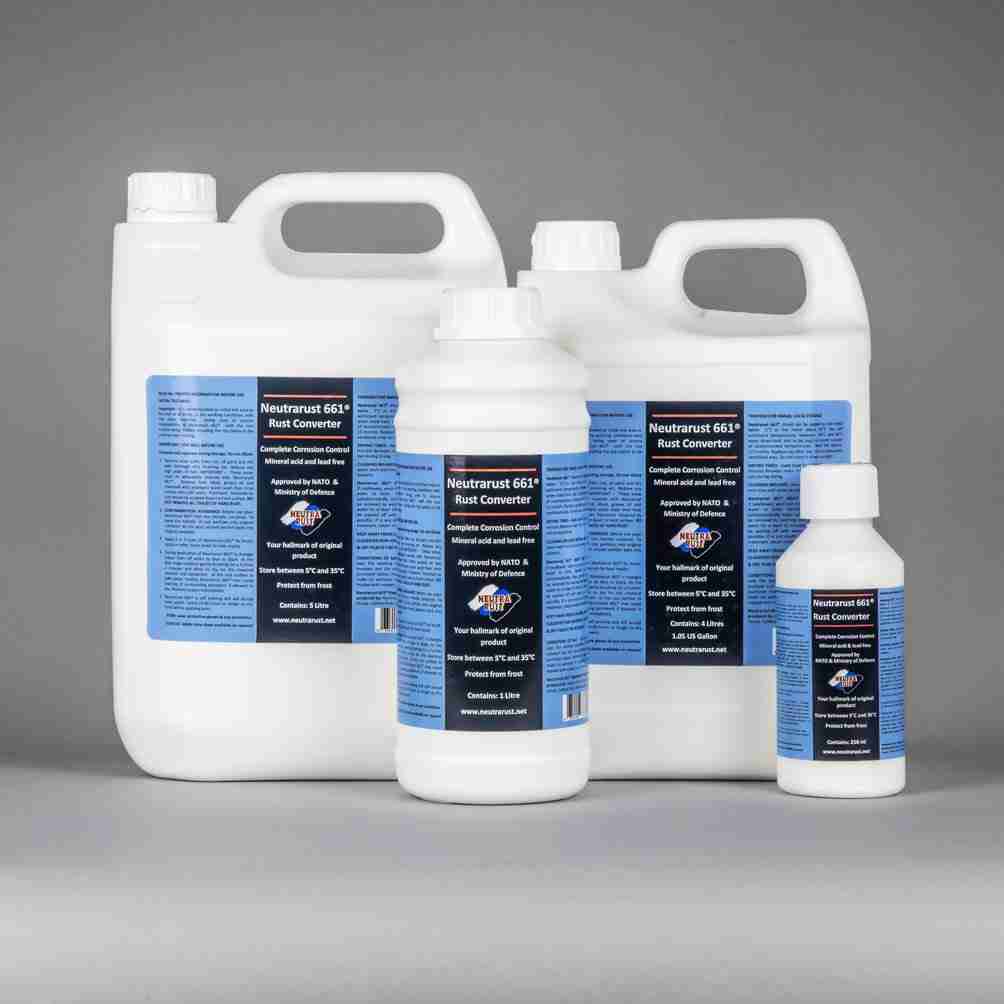 The Original Rust Converter developed over 40 years ago and still recognised around the world as the best rust converter for almost any rusted metal project.

Neutrarust the company started back in the 1970s when paint systems were not too advanced, and many different valuable assets became victims of rust corrosion. So, with a need for a non-hazardous rust converter solution that could easily be applied to rust and convert into a primer finish quality.

It wasn’t a quick process – it took him over a year. The ‘Eureka’ moment came when at trial formulation number 661 – they finally made it work! And so, the product took the ‘now famous’ name of Neutrarust 661®.

As word spread of this new ‘Unique Corrosion Control Product’, the Neutrarust company was formed.

The first major breakthrough was the Ministry of Defence. With most military equipment being made of steel, rust was a major problem with repairs and replacements costing £millions.

The M.O.D. had a vested interest in this great product and it was tried, tested and approved for use on all assets. Neutrarust 661 was approved with MOD and NATO Codification.

In fact, at the time of the Falklands War, the British Fleet was in need of a rust converter/primer and 1,000s of litres of Neutrarust 661® were used ‘en-voyage’ to assist in renovating the ships.

It has been in use, particularly by the Royal Navy and other navies ever since!

This is why this incredible British product still produced to the same formula, is hailed by many as the Original and best rust converter and has led the way in corrosion control for over 40 years!  Water based and safe to use; transport and store, it is easily applied and simply painted onto rust.

Our Neutrarust products are produced in the UK to ISO 9001 standards and shipped all around the world for use on many different corroding applications e.g.  oil rigs, refineries, ships, ballast tanks, agriculture equipment, cars, pipes, bridging, fencing

Ever since the 1970s, Neutrarust 661@ has provided better protection and improved many rusty assets globally.

Please Note: All orders placed on the Neutrarust website will be dispatched and invoiced through our approved Neutrarust distribution partner Polycote UK